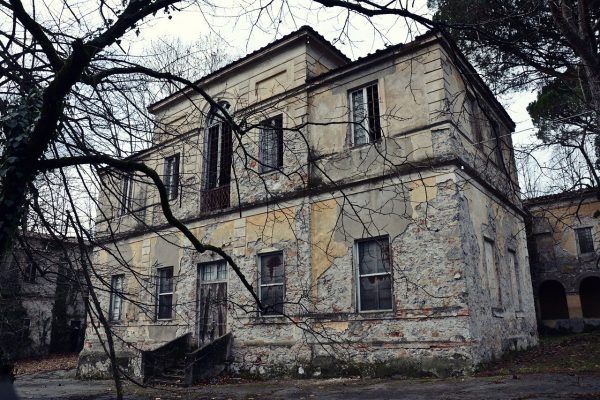 The good news about being mentally ill in the 21st century is that it could have been much, much worse. Treatments in past ages were in many cases ineffective, damaging, or horrific. Mental illness was even less understood than it is today, and some believed that evil spirits had taken over bodies. The entire fields of psychology and psychiatry are relatively new in historical terms, and before science started to figure out the brain, many weird and cruel treatments awaited those with disorders.

At one time mental illnesses were treated surgically with lobotomies and trephination (literally cutting a hole in the skull). These drastic procedures may have succeeded in calming the patients, but they destroyed the minds as well. Some doctors believed in hydrotherapy, which blasted strong streams of water to patients, or ice therapy, where they were put in straight jackets and doused with freezing cold ice. And one of the most controversial treatments has been electroconvulsive therapy, or ECT. Patients would be strapped to gurneys and have strong electric shocks applied to their brains. Though not as popular as it was, ECT is still occasionally used in extreme cases that don’t respond to anything else.

Talk therapy, or psychotherapy, didn’t arise popularly until the late 19th century, pioneered by Sigmund Freud and others. Up until then there was no systematic way of looking at thoughts and behaviors, and quack psychiatry was more common. Talk therapy remains today one of the most helpful and common treatments for all sorts of mental illnesses. Specially trained therapists can help clients delve into their past and their mistaken beliefs and realize how their thought patterns have helped create their disability.

Drug therapy got its real start after World War 2. The drug lithium carbonate was one of the first drugs ever successfully used. Lithium, as it’s commonly known, was used on bipolar patients to control their manic states, and it was astonishingly successful. Shortly after that, the drug Thorazine was used to control psychotic patients successfully and the pharmaceutical industry was on its way. Drugs became so influential in the 1950’s and 1960’s that asylums, where the severely ill were routinely housed, were thought to be less necessary and eventually emptied out. In 1988 Prozac was introduced for treatment of depression and many similar drugs have followed that have helped with the severe symptoms of that crushing disease.

In the past 40 years or so the choices of therapies has exploded. Just within the talk therapies there are many options including cognitive behavioral therapy, psychodynamic therapy (also known as psychoanalysis), humanistic therapy, and marriage counseling. Other popular therapies include hypnotherapy, art therapy, music therapy, animal-assisted therapy, experiential therapy, and many, many more.

In the past 20 years the choices of drug therapies have also exploded. There are hundreds of approved drugs, most of which are helpful but can also have side-effects. Drugs tailored to treat anxiety and depression are most common today. Depression drugs can take weeks to make a difference and have to be monitored carefully by a psychiatrist. Anti-anxiety drugs work a bit faster, but some of the quicker ones like Xanax can be very addictive. Stimulants are a common treatment for ADHD, supposedly causing a calming and focusing effect. Anti-psychotic medicines are used to treat delirium, dementia, and a host of other conditions. Mood stabilizers are a class of medications used mainly to treat bipolar disorder.

As one who has tried both therapy and medications, I can attest to their helpfulness, but the frustrating part of it is that what works for one person or one group of people doesn’t necessarily work for everybody. Because of the complexity of mental illnesses, a trial and error period is often needed until people find what works.

When it comes to talk therapy, people should try to tailor their personality to that of the therapist. If they don’t get along with, or want to listen to the therapist, they will get nowhere and waste their time. Talk therapy should be undertaken with a goal in mind, and the therapist and patient need to become a team in finding out what’s at the bottom of the problem. Sitting around and griping about life in general doesn’t do much good. A good therapist prods their client to try new things and look at the world in new ways, while also offering a safe space for emotions to come out.

And when it comes to drug therapy, my innate distrust of Big Pharma makes me skeptical about prescription drugs. Their profits depend on more people taking the drugs for longer and longer periods of time. That said, many of these drugs do work miracles and help to lift the clouds of mental illness. People should be prepared to do their homework about any mental health medications. What are the side effects? How long should you take it? What’s reasonable to expect? How do you know if it works?

Treatments today aren’t necessarily an either/or situation when it comes to talk and drug therapies. Many people do both. Drugs help the brain open up, but they can’t cure all disorders alone. Many of our problems start in our head, and to get to the root of them requires open and frank discussion about what the causes are. But both are a far cry from sitting alone in a mental institution wearing a straight-jacket. Or having a hole drilled into your skull.

Part of the problem with mental health treatment is that stigma prevents many from seeking help. Stigma is the embarrassment and shame that some feel with a mental illness diagnosis, so they chose to hide the symptoms to protect their ego and social status. This causes them to wait until the feelings either go away or get much worse, by which time the options are more limited.

For that reason, there’s a third method of treatment that can help defeat stigma- finding others in the same situation. For alcoholics that means AA meetings, for depressed people that means support groups, and for just about anybody that means finding someone out there that validates your pain, listens to your concerns, and accepts you as you are. Even pets like dogs and cats are helpful in this way. Deep down we all need to feel loved, understood, and accepted, and there’s no pill for that.