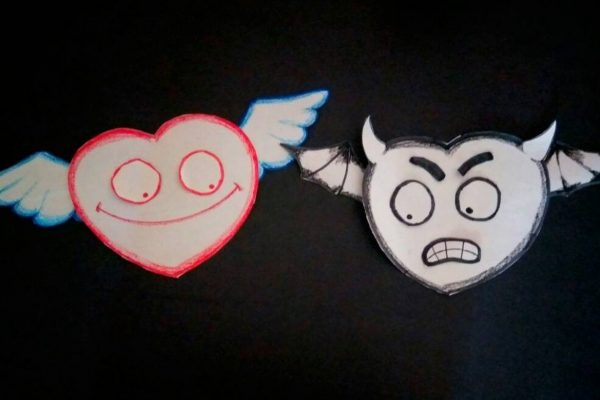 In the past few years I’ve gotten a bit down about humanity and all its weaknesses, hatreds, and willful ignorance. Looking around, it’s easier to despair these days that we are doomed to failure for our short-sightedness and selfishness. That make optimism seem naïve and pointless.

This book was the pick-me-up that I needed, as it tries to make the case that at our core humans are good and decent, and our good side especially comes out during crises. The author, Rutger Bregman, is a Dutch historian, author, journalist and decided optimist whose other books include Utopia for Realists. It was written post-Trump and pre-Covid, and he addresses much of the animosity we are currently seeing in the world.

Deep down, people are good. Sometimes they get misguided.

Bregman takes aim at something called veneer theory, that claims civilization is just a temporary restraint on a group of people that are at their core brutish, selfish, and mean. Veneer theory was promoted by Thomas Hobbes in the 17th century, and influence over much of political and economic ideas of just what human nature is capable of. Without restraints, we would quickly devolve into cannibals and barbarians according to this viewpoint.

This is an important debate that has great importance to how we choose to govern ourselves. Veneer theory says that man is wicked and can only be tamed by rulers and rules that keep us in our place. On the other side is a theory championed by Jean-Jacques Rousseau that mankind is basically good and lives in harmony with a state of nature. Leaders and rules are less crucial in the Rousseau world because humans innately have the abilities to take care of each other and themselves and will do so if left alone. You can see this dynamic playing out today in the debate between the political right (Hobbes) and the political left (Rousseau). As with most things, the answer probably lies somewhere in the middle.

Bregman takes a fascinating look at some of the famous stories that tend to confirm veneer theory and the wickedness of man, and takes them down spectacularly. He looks at the fictional and popular Lord of the Flies story by William Goldman that showed how civilized schoolboys turned to barbarism, and found a real-life situation near Australia where the boys treated each other well until they were rescued. Here are some other true stories of ugliness that weren’t nearly as bad as we had once thought.

– Easter Island was believed to have descended into madness and violence that led to its huge population decline and destruction of its distinctive Moai. According to the author much of the trouble was from diseases brought in by Westerners, including a group who captured 1400 Easter Islanders and tried to sell them into slavery.

– The famous Stanford prison experiment was supposed to show that students given the simple task of pretending to be guards and prisoners turned into their worst selves and caused the experiment to be stopped after just a few days. It turns out most of the guards were directed and pressured by the experimenter, Phillip Zimbardo, to be extra cruel. Another attempt by the BBC to recreate this experiment turned into a boring exercise where no one did anything particularly bad or interesting.

– The well-known Milgram shock machine experiment was supposed to show that humans would continue to apply painful electric shocks to others once directed to by the scientists. While this study of conformity and lack of empathy still shocks today, it’s results were skewed by the facts that many of the test subjects didn’t think the shocks were real (they weren’t).

– The famous murder of Kitty Genovese was supposed to portray her neighbors and callous and uncaring as none of them moved to help her while she was being stabbed, while 38 witnesses watched. Bregman pokes holes in this event as well, showing that some people did try to help her, and more people helped to capture her killer several days later.

Bregman proposes the existence of a kinder, gentler human being he calls Homo Puppy. He says that generations of evolution have bred the brutishness out of us, just as dogs, cats, and farm animals have been bred to be docile and friendly. The humans that roamed the savannah 50,000 years ago are way different that the civilized humans that live today. Today we depend on society and institutions more than ever, and friendliness is still greatly valued in social interactions, while brutishness generally is not.

Why did generals find that only 15-20% of soldiers in World War 2 actually fired their guns? Why did the Germans, French, and American soldiers emerge from the foxholes on Christmas day 1914 to put down their arms and celebrate the Holiday with each other? Perhaps even war can’t always turn humans against each other.

There are so many wonderful stories in this book that try to point out the better parts of human nature. There’s a Venezuelan group of citizens that experiment with participatory democracy and succeed where traditional politicians couldn’t. Humane prisons in Norway have had more success by treating prisoners like people than their stricter counterparts in the US. (60% recidivism in US, 20% in Norway) There’s the beautiful story of how two racist, white brothers got together with Nelson Mandela and peacefully stopped a race war.

And there’s the story of the London bombing during World War 2. Hitler tried to bomb the morale out of the British, only to see that morale actually went up as people came together to support and help each other. And when Hitler tried to subdue Denmark by annihilating the Jews there, the entire country found out ahead of time and helped its Jewish population to hide or escape.

Bregman talks about how the powers of intrinsic motivation and assuming the best can alter politics, schools, prisons, policing, and the workplace. It almost seems too good to be true. If we’re so good, how did things go so bad?

Bregman tries to explain how some social institutions made decent people become nastier. His claim is that for many, empathy is a limited skill and we only apply it to those closest to us. This leads to tribalism and an us versus them mentality. We tend to like people who are most like we are, which is why racial identity is a central part of today’s struggles. Powerful and sociopathic leaders have succeeded in manipulating these tribal tendencies to create us versus them worlds, and things have stayed there for far too long.

This book offers a lot to think about. Perhaps the most important point is that your expectations create your reality. If you expect people to be bad and structure things that way, they will behave worse. If you expect people to be honest and decent, most of them will. But what do you do about the bad apples that ruin everything no matter what you do? Do you punish an entire people for the misdeeds of a minority? That’s the question for another book.

Bregman ends the book with a nice list of 10 rules to live by that summarize what he’s tried to put out in this book. There are:

1- When in doubt, assume the best.

4- Temper your empathy and train your compassion.

5- Try to understand others, even if you don’t get where they’re coming from.

6- Love your own as others love their own.

9- Come out of the closet and don’t be afraid to do good things for others.

10- Be realistic and keep your eyes open.

If you’re feeling down on humanity, this is a deep read into why things may be better than we think. The mean world syndrome depends on a negativity bias that lets in bad stories much faster and more vividly than good ones. (Check the news sometimes and look for the ratio of bad to good stories, if you can even find one good one.) Surround yourself with good, honest, and supportive people, but be aware that not everyone works that way.

As a society we need to emphasize decency and honesty more than we have, and the benefits to our mental health can be enormous. We are much happier when we trust those around us and feel good about our world. That world starts with us.