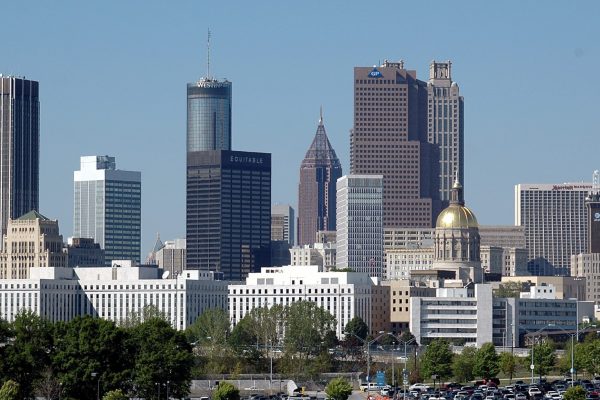 Today I have been talking with my friends in Atlanta (John and I lived there 1967-1974). On our very first night in Atlanta, we happened to ride right next to Dr. King in an elevator at the Regency Hyatt House on Peachtree Street downtown.  It was the location of perhaps the first Southern Negro Leadership Conference being held at this hotel. Then, 8 months later I watched his assassination on a Thursday night in April on television.  The following day National guard troops from North and South Carolina poured into the city.  Friday afternoon I drove home from teaching at my high school in north Atlanta next to car after car of soldiers in riot gear with serious weapons in hand.  A fellow teacher’s husband was called to the armory to join the troops from SC in the Atlanta armory.  Ironically, my husband was in New Jersey undergoing his draft physical for the Vietnam War.  She and I decided to stay together at my apartment practically on the Emory University campus, next to the Center of Disease Control, hoping this would be a safe place.  Much to our relief, Atlanta remained peaceful, led by the white Mayor of Atlanta and other white city officials.  This was at a time when Lester Maddox, the person who wielded an axe handle to keep blacks from entering his downtown restaurant, was the Governor of Georgia, Atlanta being the capitol.

I taught in an all white school at the north end of Fulton Country (Atlanta is in the middle of Fulton County and has its own school system) while those (many of whom were black) who lived in Fulton County attended schools in the south end. My school (in a community such as Clayton or Ladue) got the new books which after five years of use we packed up and sent to the south half of the county.  We had a PTA that provided paperback books and supplies beyond what the county gave us.  Teachers, all white, could afford to purchase things for their own classes.

The first integration of Fulton County schools happened in 1971 or 1972 when two black teachers came from a school in the south to ours in the north.  Our faculty embraced them; however, discipline for these folks was difficult.  I worked one period a day talking with students who had been written up that morning for misconduct of all kinds.  We tried hard to teach respect for all other students and faculty.  These two teachers were in my department so I worked very closely with them on a daily basis.  It was a tough year to say the least.  There were protests in Atlanta in those years following 1968; however, they were mostly against the Vietnam War.  We regularly evacuated the school because of bomb threats.  Everyone (all 1700 students and some 80 faculty) had to stand outside away from the school for nearly an hour while police searched the building.  No bombs were ever found.  Over one weekend in 1970 or so there was a suspicious fire  in the gym and locker rooms.  Fortunately, a fire alarm sounded so very little damage resulted.  I never experienced any destruction or rioting.

It hurts me to see that today many in our society choose to riot whenever some terrible racial incident occurs.  These racial incidents are horribly wrong, but it is equally egregious to riot and endanger first responders. I urge everyone to go on YouTube and access the Mayor of Atlanta’s speech from this past Thursday or Friday night.  It was on CNN and be sure to listen to the commentator from CNN as part of that broadcast.  The CNN building was vandalized but not set on fire.  The chief of police has a two minute speech as well that I think reflects a somewhat unique point of view, equally valid.