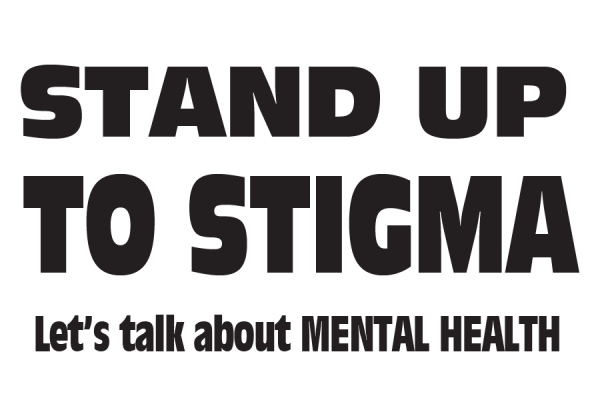 In 1972 Missouri Senator Tom Eagleton accepted the nomination for Vice President of the United States at that year’s Democratic convention. Shortly after the convention it came out that Eagleton had experienced depression and had been treated three times with electroconvulsive therapy. Immediately there were questions asked about his ability to be Vice President. The press went crazy with the story, and within 18 days Eagleton had to remove his name from the ticket. The treatments had happened a decade before and Eagleton’s mental health was not in question at the time. He was a sitting US Senator, in well regard by his state and party. Still, he was tossed aside, even as his party was about to go onto a historic loss at the ballot box. (Eagleton, was, even with the depression diagnosis, re-elected to the senate by the voters of Missouri two years later)

Tom Eagleton was one of the most famous people to be hurt by mental health stigma, but certainly not the first or the last. Stigma is the #1 problem with diagnosing and treating mental illnesses, because if you’re afraid of the label, you’ll do everything you can to avoid it.

Social stigma goes way back in history and doesn’t only involve mental health. Stigma is defined as the disapproval of, or discrimination against, a person based on a noticeable characteristic that threatens the group and marks them as outcasts. It got its name from tattoos that were used in ancient Greek times to brand slaves and criminals as sub-humans.

Stigma can involve race, gender, weight, attractiveness, disease, political or religious views, or anything else that is judged different or threatening by the majority. People with leprosy were easy to identify by their appearance, and were shunted away to leper colonies as a consequence of that stigma.

With mental health, things get a lot trickier. You can’t always detect a mental illness outwardly, so it’s much easier to conceal than other attributes. Even the few moments of weakness when it’s visible can be brushed off as having a bad day. Society for the most part has a normalcy bias, where anything that impedes efficient work or peaceful home life is deemed threatening. People who exhibit mental illness at work worry about being fired. People who have illnesses that could effect others withdraw from society in shame and embarrassment. The thought of their loved ones rejecting them for their mental problems can drive them to suicidal thoughts.

– Have you ever made fun of someone with mental issues or called them crazy?

– Does the topic of mental illness make you uncomfortable?

– Do you think mental illnesses aren’t as real or important as cancer, heart disease or Covid?

– Do you think people claiming anxiety or depression are overly dramatic and looking for attention?

– If an employee or co-worker came forward with a mental illness diagnosis, would you question their capability on the job?

– Have you ever said to someone “snap out of it” or “pull yourself together”?

– Do you avoid people that you know have had mental illness, or drop friends entirely?

If you answered yes to any of these questions, then you my friend are part of the stigma problem. Your homework is to read all entries on this blog and do some more research on the realities of mental health. Odds are that many of the people around you are experiencing symptoms of mental illness and not telling you about it. Even if you answered no to the above, sometimes silence in the face of mental illness is taken as a judgement that you agree they are weird and defective.

According to the anti-stigma website, MakeitOk.org, if you see someone experiencing distress and emotional symptoms, you should engage with them and try to help. (If it’s appropriate to the time and place.) They recommending starting with questions like these:

The problems of mental health stigma have improved greatly in my lifetime. When I was a child no one spoke of mental illness unless an institutionalization was involved, and then it was very sad. Today many more people are upfront about both diagnoses and treatments, but we have a long way to go.

One helpful factor has been the long line of celebrities that have opened up about their problems, urging others not to be sad, ashamed, or embarrassed about mental health issues. To combat stigma and get treatment, we need to feel validated that our feelings and thoughts are symptoms, and not just weirdness or weakness. Hearing others talk of their struggles is a huge step in getting over that blockage. Here’s a partial list of famous people and their illnesses:

– Addiction disorders– probably half of Hollywood and 75% of rock musicians. No one knows for sure.

Some of these celebrities have been very open about their diagnoses, mentioning them in interviews and autobiographies. There are probably many more that we don’t know about.

The problem with celebrity testimonials is that these people live in a different world with good healthcare and plenty of money. For most of us the most helpful validation comes from people close to us or in our own community. For that kind of validation, I recommend support groups and social networks- either in person or virtual. Find a person or group of person who’s already been where you are and break through the stigma with their encouragement and support.

One of the biggest areas that need help with stigma is the workplace. People can still be fired or demoted if mental illness is discovered. Most bosses are uncomfortable with mental health discussions, and since work quality can suffer it needs to be dealt with. Employers need to become more educated about how to support their employees, especially through tough times, if they want to earn the loyalty and hard work that most workers are capable of. HIPAA rules protect workers somewhat, but they need to be careful about what they disclose on social media and elsewhere.

No one deserves to live with stigma. Mental illness is real and treatable. Speak up and get help. If you have friends that would judge you like we did with Senator Eagleton, you need new friends. Below are networks and resources that can help.

Get immediate help in a crisis