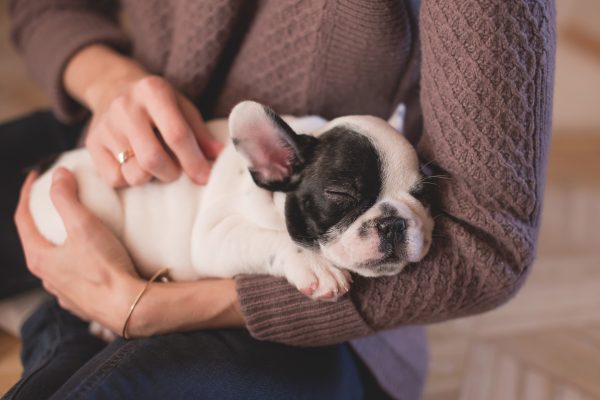 Covid Mental Health Challenge #10- Your pet can literally save your life, just like Lassie here.

When I was growing up there was a television show called “Lassie”, about a smart collie that doubled as a superhero- saving people from all sorts of disasters. For 18 years Lassie got her humans out of danger with a bark and a wag, played by 6 different dog actors. Without saying a word, Lassie seemed to know what to do and who to bark at to save lives. Even though “Lassie” turned out to be played by male dogs, her stories made her arguably the best-known dog in the world.

Pets, it turns out, can be very intuitive and know when humans are in distress. Dogs especially have evolved a special symbiosis with their humans- you take care of me and I take care of you. They can be loyal, loving, and smart companions that give sight to the blind, comfort to the lonely, and security to the anxious. It has been many centuries since men first lured wild animals from their homes and bred them into hundreds of different breeds, and dogs, cats, and other popular pets are here to stay.

When the Covid-19 epidemic began in March of 2020, a curious development started to happen involving dogs and cats. There weren’t any to be adopted. All of the shelters started reporting shortages of adoptable pets, and pet breeders found their puppies high in demand. Dognappings went on the rise, and so did illegal pet smuggling, because when society shut down and people stopped gathering together, they filled all that loneliness with new dogs and cats.

There is a psychologically proven therapy known as animal-assisted therapy. Specially trained animals, usually dogs, are used to help anxious, depressed and lonely patients recover connections to others that once were lost. Dogs are able to sense emotions and give unconditional love, which is amazingly healing. Sigmund Freud, the father of psychotherapy, was a devoted owner of chow-chows, and even used them with some of his patients.

Besides dogs, horses are also used as therapy animals because of their emotional intelligence. Any animal can help if properly trained, and that includes cats, rabbits, guinea pigs, and llamas. Animals that have an even temperament and do well with humans can work well as therapists, and even tropical fish can help. Have you ever noticed that many doctor and dentist’s offices have large tanks of tropical fish? Their mere presence in a room has a calming effect and their beautiful colors are pleasing to watch.

And the mental health benefits of animals also carries over to plants. Having green, live plants in a room softens and warms it up. People report stress levels going down when plants are added to an office. In addition to the re-connection to nature that people experience, plants can provide sound muffling, aromatherapy, and beautiful blooms.

Getting back to Lassie, it’s not just on television that pets can save their owner’s lives. There are many real-life stories of dogs, cats, and even birds coming to the rescue of their owners lives.

– Angel, a golden retriever, saved an 11 year old boy’s life by jumping in front of him to defend him from a cougar attack. The dog was able to hold off the cougar until a policeman arrived.

– Debbie Parkhurst was choking to death when her dog Toby jumped on her chest to dislodge the apple that was stuck, earning Toby an ASPCA award as dog of the year.

– Winnie the cat won the ASPCA cat of the year award by saving her family from carbon monoxide poisoning in the middle of the night by waking her owner up frantically.

– Kelsey, a golden retriever, stayed with his owner who had injured himself and couldn’t move during a cold and icy night. The dog barked long enough to eventually find life-saving help.

Dogs and cats have been known to save people from fires, predators, criminals, and all sorts of disasters. They even can sense when someone has cancer, and have been able to alert their owners to dangerous tumors. Because of their emotional intelligence, they can tell instinctively when their human is in distress, and have been known to stop people from committing suicide. Specially trained animals are currently used to help PTSD victims, the blind, the elderly, and the most vulnerable. They can fetch things for the immobile and even call 911 through special equipment.

But the biggest help that dogs and cats can provide is their power to comfort people emotionally, which is why they are used both in nursing homes and orphanages, with both PTSD victims and dementia patients. One of the most stressed populations today is college students, and schools have begun bringing therapy dogs in during final exams to calm the nervous students.

Beyond the specially trained pets that therapists utilize, there are some 77 million pet dogs and 54 million pet cats in the US, providing companionship and protection to individuals and families all across the nation. (Not to mention the millions of ferrets, guinea pigs, parakeets, tropical fish, rabbits, potbellied pigs, and hamsters that brighten up owner’s days.)

Pets can alleviate all types of mental illnesses, and are especially helpful with the most vulnerable populations- children and seniors. Here are some ways that pets specifically help with mental health.

– Making people set regular routines of feeding, walking, bathing that spill over into their personal lives.

– Helping to build relationships with other humans by getting them outside and acting as a social buffer while increases self-esteem. Dogs and cats are also a great conversation starter.

– Gives people a reason to live. Having responsibility for another living thing, especially one you’re emotionally attached to, cuts down on suicidal thoughts and promotes positive behaviors to increase longevity.

There are two potential downsides to pet ownership that all current and future owners need to be aware of. First, pet ownership is a long-term commitment and somewhat of a burden. Pets need to be fed, trained, taken to the vet, and exercised. All these things take time and money, which can be in short supply. Dogs and cats can live from 15 to 20 years, and any owner needs to have that in mind when inviting them into their life.

The second downside is that pets sometimes can do their jobs too well, cutting their humans off from meaningful inter-human relationships completely. Crazy cat lady syndrome is a real thing that causes people to dote on their pets 24/7, while pulling away from the more rewarding and more complicated world of human friendship. As with anything else, balance is the goal, and a dog, cat, or rabbit should be looked at as an important part of the family, but not the only part. Dogs and cats may be easier to get along with, but meaningful relationships still require humans.

I’ve had four dogs in my life that meant a lot to me. Each one defines a particular periods of my life and brings warm feelings anytime I think of them. During my darkest periods, they were always there with a warm greeting and an empathetic, playful spirit.

I dare you to watch the movie Marley and Me, a true story starring Owen Wilson, Jennifer Aniston, and a dog, and not end up bawling your eyes out by the end. I helped train my dogs as puppies, and put them to sleep when they could wag no more. Dogs have this incredible knack for empathy and love that’s sorely missing in the world today, and we are all the richer for their presence. I’m not that experienced with cats, but I’ve read great stories about their loyalty and love as well, and will leave those testimonials to the cat people.

Humans are also animals, and we have much in common with each other. Humans and animals experience joy, sadness, anger, and fear, and there’s a lot we can teach each other. But that’s for a later entry of this journey, coming soon.