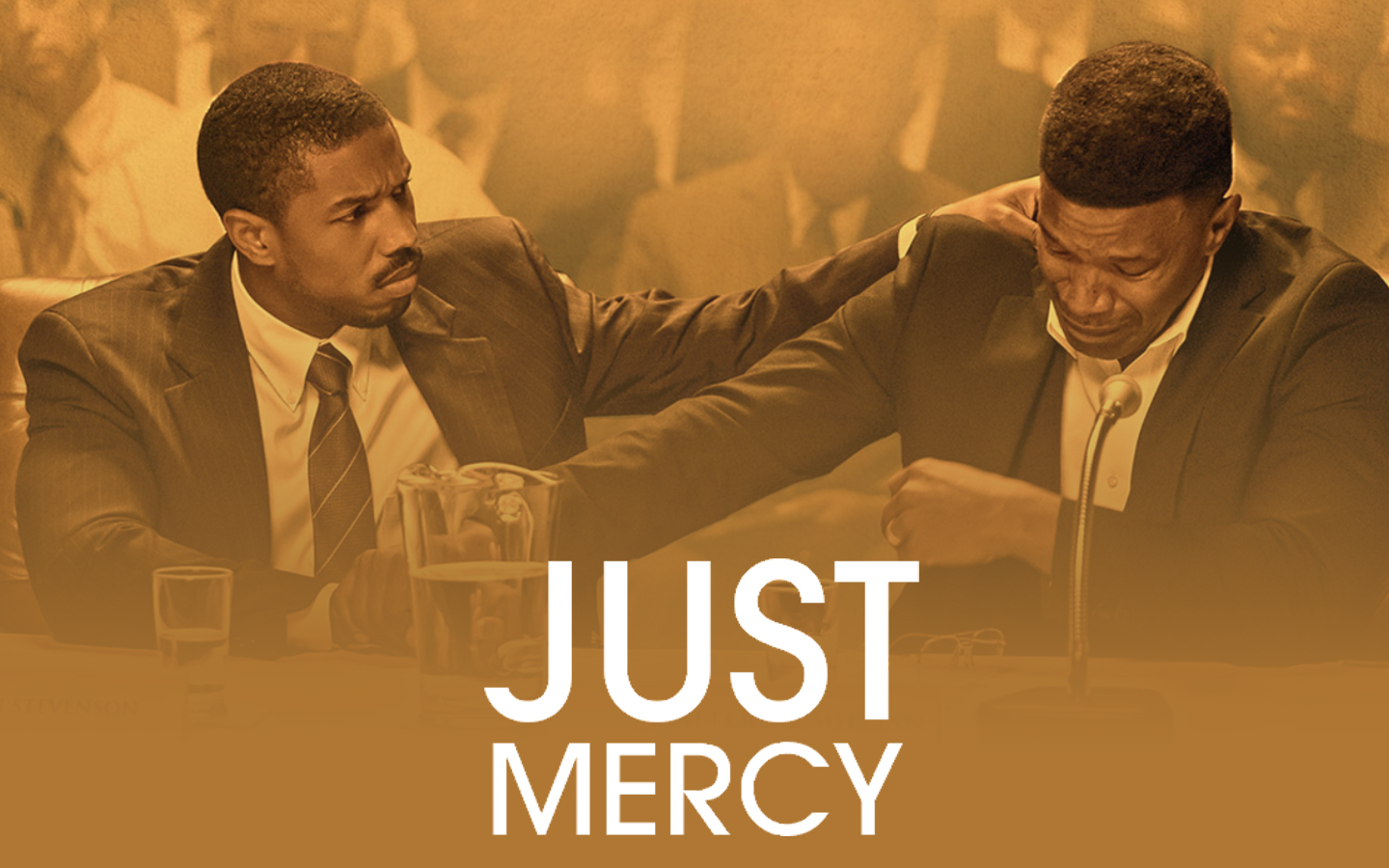 AWOL (Adventurous Women Out Late) will be viewing and discussing the powerful new film Just Mercy. This is a book that our TED (Tuesday Evening Dialogue) group studied a couple of years ago.

In 1987, Alabaman logger Walter “Johnny D.” McMillian was arrested for a murder he didn’t commit. Due to incompetencies and racism within the justice system in Alabama, McMillian was sentenced to death a few years later — though his entire case was based on a single, coerced testimony.

Enter Bryan Stevenson, a brilliant, Harvard-educated attorney who moves from Delaware to the deep South to defend death row inmates and exonerate the wrongly accused. Facing politically-motivated maneuverings and structural racism himself, Stevenson takes on the seemingly impossible challenge of securing freedom for McMillian.

The film is a powerful, sobering reminder that — as Stevenson so eloquently states — “we all need some measure of unmerited grace.”

Michael B Jordan and Jamie Foxx star in this film.