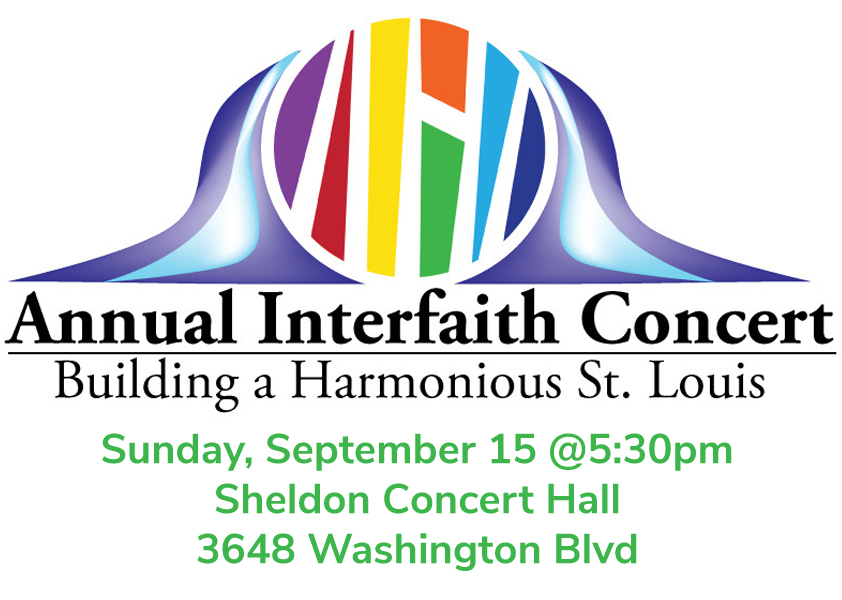 This year’s concert, Songs of Hope, will feature both adult and young singers and musicians from six faith communities – including Christian, Jewish, Muslim and Buddhist vocal ensembles from across the metropolitan area who will share their songs and music of hope. Also featured will be celebrated soprano Christine Brewer, performing new music by composer and clarinetist Stephanie Berg that was recently premiered at Powell Symphony Hall, and a specially-assembled Interfaith Youth Chorus led by Maria Ellis.

New this year: Storytelling
A storyteller will be chosen to share “words of hope” in collaboration with the MU Extension Division Storytelling Festival.

Post-Event Outside: #HopeMural
Immediately after the concert, the audience will be invited to mingle outside on Washington Boulevard with the artists and faith ensembles and participate in creating “#HopeMural” developed by an interfaith group of teens through Interfaith Quest led by Beth Damsgaard-Rodriguez.
https://www.artsfaithstl.org/