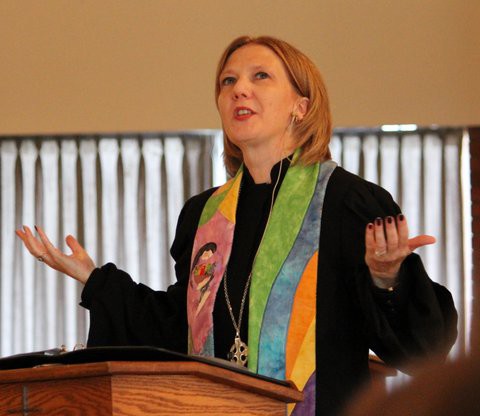 Worship and Conversation with our MMS Conference Minister

Ginny is warm, faithful, inclusive, joyful. She brings comfort and challenge. We hope you will come to worship on February 16 and join us in the Heritage Room afterwards for further dialogue.

Ginny brings pastoral experience in two UCC churches – the first in Maryland and then in Houston, Texas. She served as Moderator of the South Central Conference while serving the Houston congregation, and previously served on the Board of the Mid Atlantic Conference, and was Moderator of their Annual Meeting. Called to ministry while a student at Auburn University, Ginny attended Baptist Theological Seminary at Richmond in Richmond, VA. In 2003 she was called to Plymouth United Church of Christ in Spring, TX, where she served until May, 2015 when she left to pursue a consulting business called Divine Sparks Consulting. Ginny also received a Doctor of Ministry from Union Presbyterian Seminary.