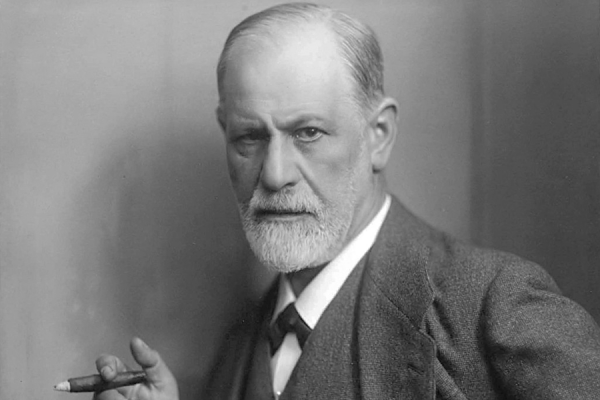 Sigmund Freud (1856-1939) is one of those old famous guys we all think we know something about. He had something to do with psychiatry, but that’s about as far as the average person goes. Many of his theories have largely been debunked by 2020, yet he changed the course of many lives when it comes to mental health treatments.

To add some context, recall that for most of history, mental illness was seen as the work of evil spirits. People became possessed and only elaborate ceremonies could drive the demons out. By the 19th century, Western science had driven out the evil spirit theory and replaced it with a diseased brain theory. People who exhibited symptoms of mental illnesses were thought to have defective brains, either through genetic illnesses, transmitted germs, accidents, or just bad luck. Treatments in the 19th century were by today’s standards barbaric, including surgery, institutionalization, and dubious snake-oil type elixirs.

Freud was at a vanguard of authors, thinkers, and psychologists who saw the brain as just an organ, and the mind as the real target in mental health. He founded psychotherapy, one of the first attempts to get people to open up about their lives and dig down deep to find out what past experiences might be causing current difficulties.

Freud got his start using hypnotism on patients who would lay on his couch and listen to hypnotic suggestions to help them overcome problems. He decided that hypnotism wasn’t doing his patients much good, and he decided to put his couch to different use. While laying down, he asked his patients probing questions about their childhoods and tried to flesh out problems that might be hidden in their subconscious. Though he wasn’t the first to try this, he became the most well-known, and it was deemed the “talking cure”.

Sigmund Freud had some strange ideas about sex, including the Oedipus complex and penis envy, which seem bizarre today. He found from his patients that many had experienced sexual abuse as children (a scourge that still happens today), and he formulated theories on how this abuse changed their lives.

He was one of the first people to write extensively about dreams, (The Interpretation of Dreams is his most famous book). He was also one of the first people to theorize about the subconscious and how the ideas and feeling buried deep down can rule us. Probably his biggest contribution to mankind was his belief that talk therapy could bring unconscious feelings out into the open and liberate people from their pain and neuroses.

Much has changed with talk therapy since Freud’s time, but the principle is basically the same. We all have traumas and faulty beliefs that rule our lives, and the only way to mental fitness is to discover those beliefs and the feelings around them. Once discovered they need to be dealt with and debunked until they are problems no more. For some, these thoughts and feelings are not hiding in the unconscious- they’re right there in the open making us crazier day by day. But at the root of many of our problems are powerful words, beliefs, and experiences from our past, buried deep down, that wrap themselves around our brain like a tapeworm. No pill can cure that.

Remember, the early 20th century, when Freud worked, was still a backward time for mental health treatments. Talk therapy was a revelation. By the middle of the century it would become much more established and common.

So while a lot of Sigmund Freud’s theories about the nature of the brain and human sexuality are thought of as wrong today, he put us on the path of discovery. Freud’s methods were unconventional, and some believe fraudulent, yet his ideas persist. The 100 years since Freud dominated the psychology world from his home in Vienna have seen many twists and turns. Knowledge of mental illnesses have come light years since societies put the sick to death or locked them up. With knowledge and understanding comes acceptance, and slowly the stigma is fading away.

Freud may seem old and outdated now, but his life reminds us that constant inquiry and thought are required for science and mental health to progress. There is still so much we don’t understand about the brain and the mind. Things we take for granted today will most likely be disproven 50 years from now, and that’s okay. Every year we hope to get a little better at treating mental illnesses, and the work we do this year can pay off for generations to come.

And now for you to use for trivia nights or to impress people- ten more facts about Sigmund Freud.

1- He was a heavy smoker, and had to have many surgeries for mouth cancer, which eventually killed him.

2- He was an enthusiastic user of cocaine, and wanted to use it to help people.

3- He was a dog lover and sometimes used his dog as a therapeutic with patients.

4- He was nominated for the Nobel Prize 13 times but never won.

5- Freud was offered money from Hollywood to consult on films and he turned them down.

6- One of his therapy patients was his daughter Anna, which would be unthinkable today.

7- Some believe he may have had an affair with his sister-in-law who came to live with the family.

8- Interpretation of Dreams sold only 400 copies in its first 6 years, and went on to be his one of his most popular books.

9- Germans took over his native Austria in 1938, and among the first books they burned were Freud’s.

10- Freud had to escape the Nazis by getting passage to Great Britain, but four of his sisters that were left behind perished in concentration camps.