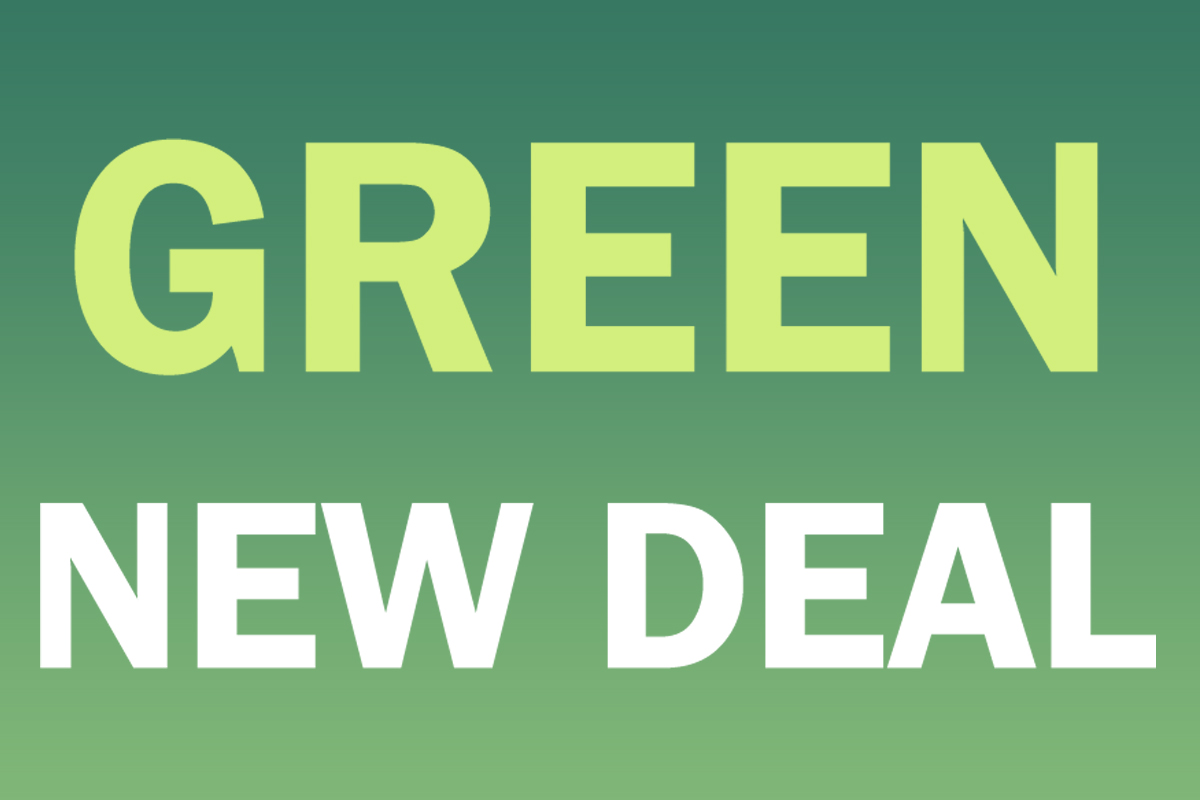 I listened in on a call with representatives from the Sun Rise Movement, Sierra Club and My Generation Campaign. These groups and many more support the Green New Deal. Their mission is to spread grass roots activism to correct three things: 1. Becoming carbon neutral in ten years, 2. Creating good high paying jobs, 3. Fighting racial, economic and gender inequity.

I heard on public radio recently, that oil fracking in the USA will slow or run out in 5 to 10 years. Fracking has polluted our water. It’s not in our strategic interest to rely on the Middle East for oil, the price will likely go up. The wars for oil were in the trillions of dollars and the millions of lives stolen are still mourned. While there are many examples of how to move forward on economic conversion to renewables such as, this year Scotland supplies twice its annual demand for electricity from wind power. US renewables supply more electricity than coal now. We in the USA are hobbled by public servants’ unwillingness to accept science. In fact, as Noam Chomsky writes in his essay, ‘Worship of Markets is Threatening Human Civilization,‘ Exxon Mobile was a leader in climate science in the ‘50’s. Then a corporate decision was made in 1989 to misinform the public. The CEO and upper management knowing full well that they were bringing on the end of organized human society. Noam Chomsky writes about the religion of ‘the market knows best’. Chomsky writes about these two existential threats, climate change and nuclear weapons. He is baffled by this widespread suicidal blindness.

Cars are responsible for a chunk of emissions, subsidized electric cars would make sense. Less air pollution, great jobs, less asthma healthier people would result. Former IMF head, Christine Lagarde says the fossil fuel industry has benefitted from a $5 Trillion subsidy globally. She says, if the price of fossil fuels reflected the true costs, the world would have been well on its way to converting to renewables.

Many have asked how would you pay for the GND? One congress person has suggested MMT, Modern Monetary Theory as the answer, printing money. It’s sure to succeed because it is creating a sustainable just economy. Throwing money at every fire, flood and storm disaster from now on will not fix anything. There is a second solution. The Elenor Holmes Norton’s HR-2419, “Nuclear Weapons Abolition and Economic and Energy Conversion Act.” In short, Warheads to Windmills. There is even more money in the bloated pentagon budget that could be moved to GND projects. This could be the Moon Shot that galvanized the country and industry to save the Planet.

Always happy in nature, in college I took a Scandinavian Seminar and worked in Norway ( two factories and Nursing home) and traveled to Israel to work on a kibbutz. Spent Christmas in a church basement in Bethlehem. I was a nature child, as my distant aunt told me.

Social Justice became the lens I saw through. I got a Masters in Waldorf education a wholistic, arts oriented and developmentally appropriate education. I married Mark and helped to start the Waldorf school in St. Louis. In my 50’s went to nursing school. I got one job offer – Psych nursing, nights part time. I joined a women’s Peace group in St. Louis (WILPF) and got daily emails and calls connecting with the nation-wide activism, particularly from Middle East issues and Disarm groups. I was especially interested in banning nukes. I often listen to BBC news with excellent coverage today from Grantham School of Climate Change at London School of Economics.